All the reasons why you should always be an Argonian 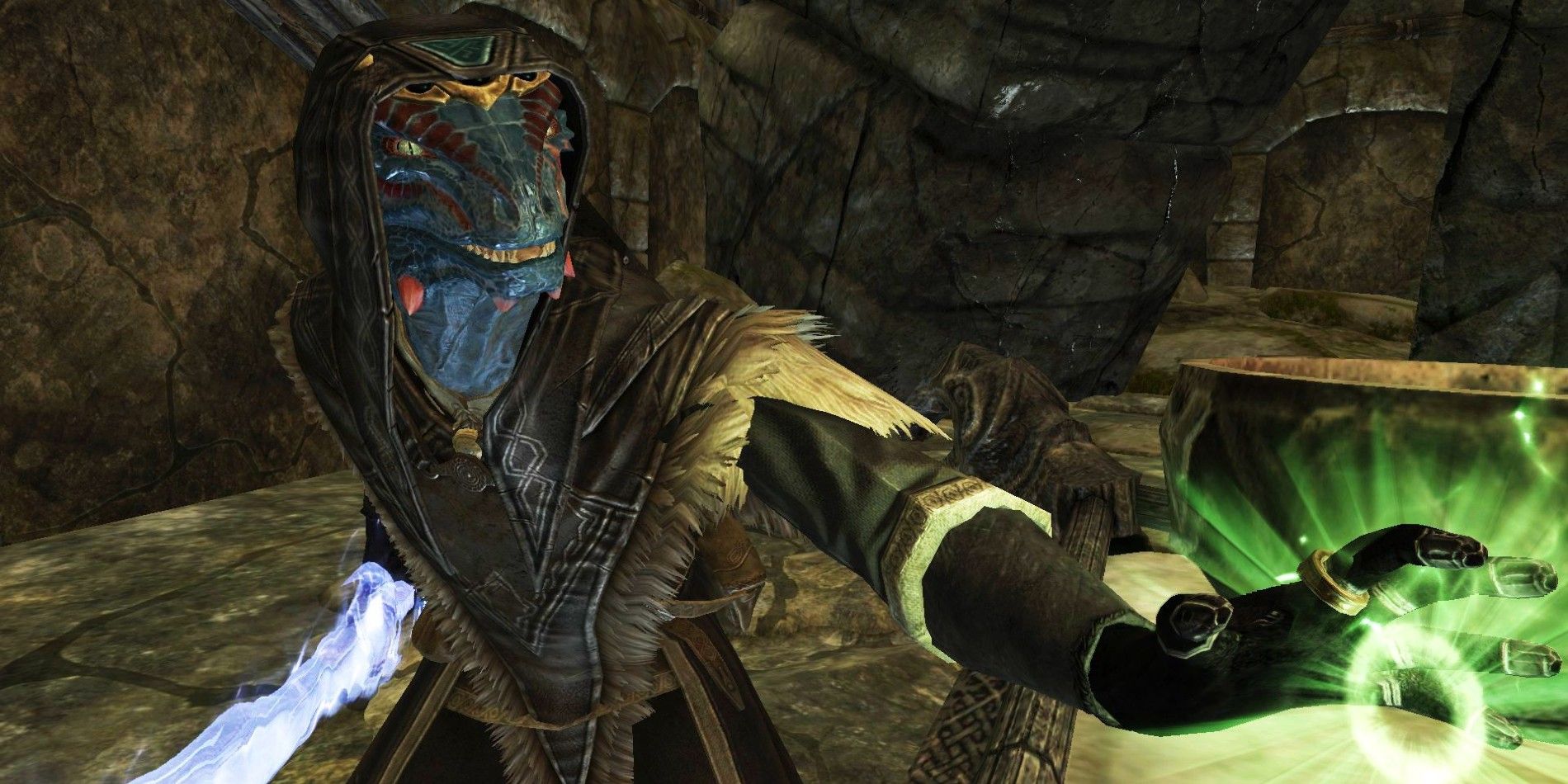 Of all the playable races in Skyrim, the Argonians are perhaps the most underrated, though players would do well to give them a chance. As one of two playable bestial races in the game, the reptilian characteristics of the Argonians are quite striking. However, they have their own set of advantages that make an Argonian a very good candidate for the Dragonborn.

The Argonians are native to the swamps of Black Marsh, which cannot be explored in Skyrim. However, in the Skyrim region, Argonians are frequently the targets of racial discrimination. The most striking example of this appears in Windhelm, where the Argonians live near the docks and are unable to enter the main part of town. It is an unfortunate reminder of the volatile racial tensions within Skyrim society. However, in other parts of the region, the Argonians are able to find much better places, such as Madesi the Jeweler of Riften. And of course, it’s possible that the Dragonborn himself is an Argonian.

There are several advantages to playing an Argonian in Skyrim, some of which are often overlooked. While each race has its own strengths, the Argonians have unique quirks that deserve a second look. An Argonian Dragonborn could be a very strong choice for Skyrim’s savior thanks to their unique abilities.

Skyrim’s Argonians Can Be Excellent Thieves

In Skyrim, each race will receive bonuses for certain skills by default. For example, the Nords have an advantage with two-handed weapons while the Bosmer have a talent in Archery. They will also receive smaller bonuses for a handful of other skills, usually guiding the player to a specific build. For example, High Elves are destined to become excellent mages, even though SkyrimSpells were somewhat lackluster. As for the Argonians, their skill set bonuses give them a head start on becoming thieves.

Argonians get their highest bonus for lockpicking, with Pickpocket and Sneak also getting bonuses. This will allow Argonian players to gain more advantages in these abilities early on, making them excellent at getting extra items and gold. Interestingly, the Argonians gain no natural advantage in combat abilities, only gaining 5 bonus points in light armor, with all of their other strengths having nothing to do with combat. While this might be a minor inconvenience at lower levels, the player will likely gain combat experience quickly, so it’s not as big of a weakness as one might think.

Related: Why Skyrim Won’t Let You Do Skooma

Players who want to integrate a stealth thief Skyrim you might want to give an Argonian a chance. Although they’re not a great fighter to begin with, their natural stealth and quick hands will work wonders. Although Khajit may be Skyrimof the most famous thieves, an Argonian should certainly not be counted.

Argonians are very resilient in Skyrim

Every potential race for the Dragonborn in Skyrim has additional abilities on top of their skill bonuses. Some of them can be very useful, such as an Orc’s ability to become angry, increasing their damage while strengthening their defenses. In the case of the Argonians, all of their unique racial abilities are very useful.

The Argonians are the only race that can naturally breathe water without the aid of a spell or enchantment, which adds extra convenience when exploring. They also have the ability to increase their health regeneration tenfold once per day, proving that the Argonians are among the Skyrim‘s best characters, with strengths outside of flying. Their hardiness also shines through in their final ability, as Argonians are 50% more resistant to disease than any other race in the game. survival.

It should be noted that in Survival mode, the Argonians are the only race to have a new weakness, as their cold blood makes them vulnerable to cold. However, other than that, the Argonians’ racial abilities are all well balanced and generally useful. Their effects may be simple, but Water Breathing, Fast Healing, and Disease Resistance are all powerful abilities that will come in handy time and time again throughout your life. Skyrimthe story. While each Skyrim the race has advantages, it’s hard to argue that the advantages of being Argonian aren’t almost constantly helpful.

Argonians are severely underrepresented in Skyrim

As mentioned earlier, there are not many important Argonian NPCs that the player can encounter in Skyrim, at least unrelated to the main story. It is likely that the player’s most important Argonian encounters will be the dockers of Riften and the thieves Jaree-Ra and Deeja in the “Curfew!“. For the most part, most of the player’s significant interactions will be with humans and elves. For this reason, an Argonian Dragonborn is a unique character.

Related: One Of Skyrim’s Rarest Items Is Stranger Than You Think

In The Empire and the Stormcloaks, no major Argonian characters are involved, which excludes them from one of the biggest storylines in the game. Likewise, although they are reptiles, they are also largely absent from the mainstream story of dragons returning to Skyrim unless the Dragonborn themselves are Argonian, and since Skyrim‘s Dragonborn doesn’t have to be a Nord, it could very well be. The lack of emphasis on the Argonians carries over even to other game mechanics. Derkeethus is the only Argonian follower in the game, and aside from him, there are only two other Argonian marriage candidates. Compared to the sheer number of human and elf options for both roles, the lack of variety is surprising.

Argonian fans will soon realize that if they want a significant Argonian character in Skyrim, they will have to assume the role themselves. With a general lack of other significant characters of their race in the storyline, the Dragonborn would be by far the most important Argonian in the plot. If a player is considering playing an Argonian and likes the species, that fact could be the deciding factor. Although not immune to the effects of the worst choices in Skyriman Argonian Dragonborn is just as capable of handling them as any other.

The Argonians are not Skyrimis the most popular race, but the player has a specific reason to play as such. Between their natural advantages and their simply interesting design, they are just as valuable to the player as any other. In Skyrimand Argonian Dragonborn could be an ideal protagonist.

Next: Followers Of Skyrim You Absolutely Want To Avoid Recruiting

Devin Friend graduated from McNeese State University with a bachelor’s degree in creative writing. A lifelong love for cartoons and video games has given him endless enthusiasm as well as a critical eye for both mediums. Any game or show that catches his interest will be researched intensively and binged for hours. He has a great passion for character creation and storytelling, and spends a lot of free time writing his own stories.