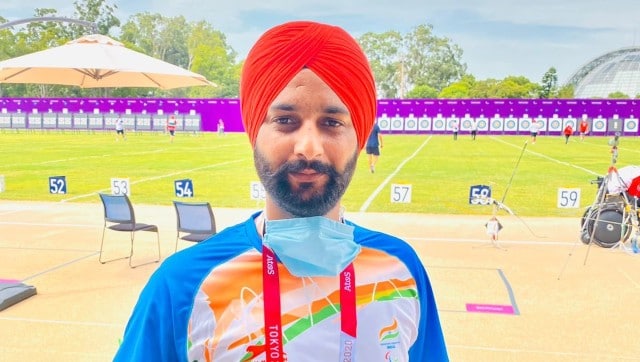 World number 23 Singh was the first Indian athlete to win a gold medal in a major para competition at the 2018 Asian Games.

Tokyo: Harvinder Singh captured India’s first-ever archery medal at the Paralympic Games on Friday, holding his nerves to the ground for Korea’s Kim Min Su in a thrilling shootout for recurve bronze in the men’s recurve Games in progress.

World number 23 Singh was the first Indian athlete to win a gold medal in a major para competition at the 2018 Asian Games.

An economics scholar from the University of the Punjabi, Patiala, Singh scored three play-off victories that day, starting with his triumphs in the opening rounds.

Singh, from a small village of Guhla Cheeka near Kaithal in Haryana, was stretched to the limit in the first two rounds, but he showed tremendous resilience to defeat his imaginary opponents via blockades.

In the round of 16, Singh edged out former world number one Bato Tsydendorzhiev of Russia, again by the slimmest of margins 6-5 (8-7).

Coming from a middle-class farming family, Singh had dengue when he was only one and a half years old and a local doctor gave him an injection which had a detrimental effect on his mobility. His legs.