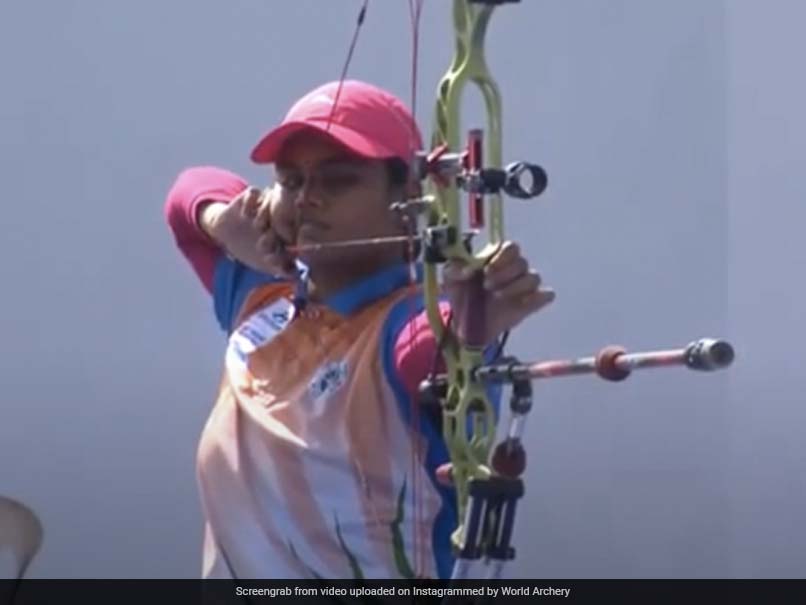 Three-time World Championships silver medalist Jyothi Surekha Vennam overcame the mighty challenge of Korea twice, including in a thrilling but controversial final, to win the compound women’s individual gold medal at the Asian Championships in archery Thursday. After winning three silver medals at Yankton Worlds in September, Jyothi beat 2015 world champion Kim Yunhee 148-143 in a lopsided semi-final, before sealing India’s first gold against Oh Yoohyun with a victory of one point (146-145).

Leading by two points going into the final set, world number six Jyothi shot a 10 and hit the 9 twice, which was enough to clinch India the first gold medal after the Korean hit the 9 in a controversial decision.

The entire Korean contingent, including the coaches, disputed, thinking it was a 10, but the judge ruled it a 9, giving the result in favor of India.

“The arrow was completely missing 10. All Korean coaches went to the target, which is not allowed by the rules to pressure the judge. According to World Archery rules, this is a call to a judge and it cannot be protested,” said an Indian coach in Dhaka.

Jyothi started in spectacular fashion, drilling three perfect 10s to lead 20-29. But two 9s in the second end meant the 25-year-old Indian scored 28, while the experienced Korean shot two 10s en route to 29, which tied the scores at 58 everywhere. Showing great composure, the archer from Andhra again tipped the match in her favor with three 10s from her three arrows in the third set to go ahead 88-86.

Both archers shot a perfect third round with scores of 30 each and all eyes were on the final end with Jyothi holding on to her slim one point advantage. Needing a 10 in the last arrow to take the match to the shoot-off, Yoohyun missed the ring by millimeters, with the judge ruling out the Korean’s protest.

It turned out to be sweet revenge for the Indian who settled for a silver medal in the mixed team event after losing by one point to the top-seeded Koreans to conclude her campaign with two medals. Jyothi had the company of 19-year-old Rishabh Yadav in the mixed duet event. After being locked 38 all in the first round, the experienced Korean duo of former world champion Kim Yunhee and Choi Younghee stepped up, shooting four perfect 10s en route to winning it 155-154.

It was India’s second medal in the competition and also for 19-year-old Yadav, who clinched a team bronze with former Asian Games gold medalist Abhishek Verma and Aman Saini on Wednesday.

Making his debut at the Asian Championships, Yadav surpassed his mentor Verma to be the best among the Indians in the individual ranking round and qualify for the mixed team event. In a game of narrow margins, the Indian pair only shot two 10s from their four arrows in the second end.

There was an opportunity in the third end when the Koreans shot two 9s, as the Indian pair needed all 10s to line up. But they shot three 10s from their four arrows as the Koreans maintained their narrow lead to clinch gold.

Topics discussed in this article