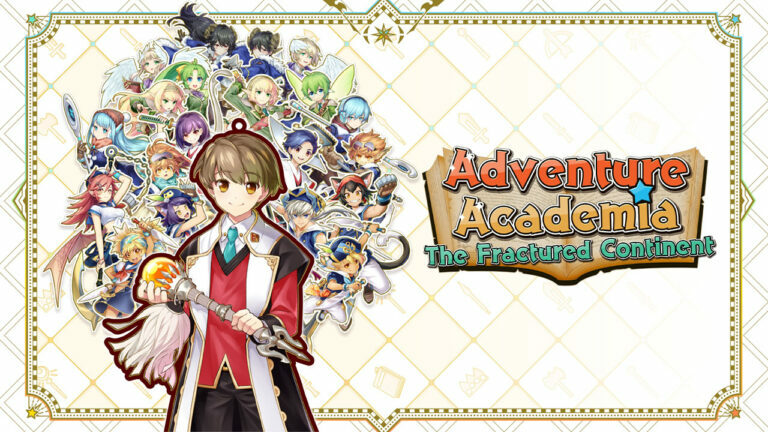 Adventure Academia: The Fractured Continent is a full-fledged strategy RPG set in the world of Class of Heroes! Create your own group of students in a fantasy kingdom! Pick them up and guide them to victory against hordes of monsters!

The continent of Pedra, home to four nations, is in the midst of a serious crisis. The entire island is slowly turning into a labyrinthine dungeon, and monsters roam the lands…

Cue our charming protagonist, Alex, who goes on a journey to find his missing father. Using the Ruler Orb, a tactical artifact passed down in his family for generations, Alex has the ability to command others on the battlefield.

Accompanied by his childhood friend Citrin and his dork adviser Lazuli, he seeks to discover the truth behind the anomalies that threaten all the inhabitants of Pedra.

Pick them up by pinching them, deploy them on the ground and let the battle begin! Use markers to tactically guide your student soldiers in real time!

Oh oh ! Backed into a corner by a murderous attack? Just pinch your students out of harm’s way! Each stage features gargantuan boss monsters with varying abilities and attacks! You’ll have to guide your group correctly… or risk being wiped out!

A pissed off… Master artist… Mentally weak… Dwarf?! Choose your students! With ten races and over eighty different personality traits to combine, you’ll have a unique team in no time!

Human – No strengths, no flaws – Humans are versatile and voracious for historical knowledge.

Elf – These wise and beautiful people use superior archery to protect their ancestral forests.

Khulaz – A quick and dexterous people who remain childishly curious and energetic even into adulthood.

Felpurr – These descendants of cats are bursting with vitality. They tend to be cheerful and frivolous.

Fairy – With a penchant for wisdom and magic, fairies are loved by all for their healing spells.

Bahamoon – These dragon people use their strong frames to lead the charge.

Diabolos – Descendants of the underworld who long for solitude and hide in their own worlds.

Celestia – Noble angels who appreciate justice and faith, they long for peace and harmony.