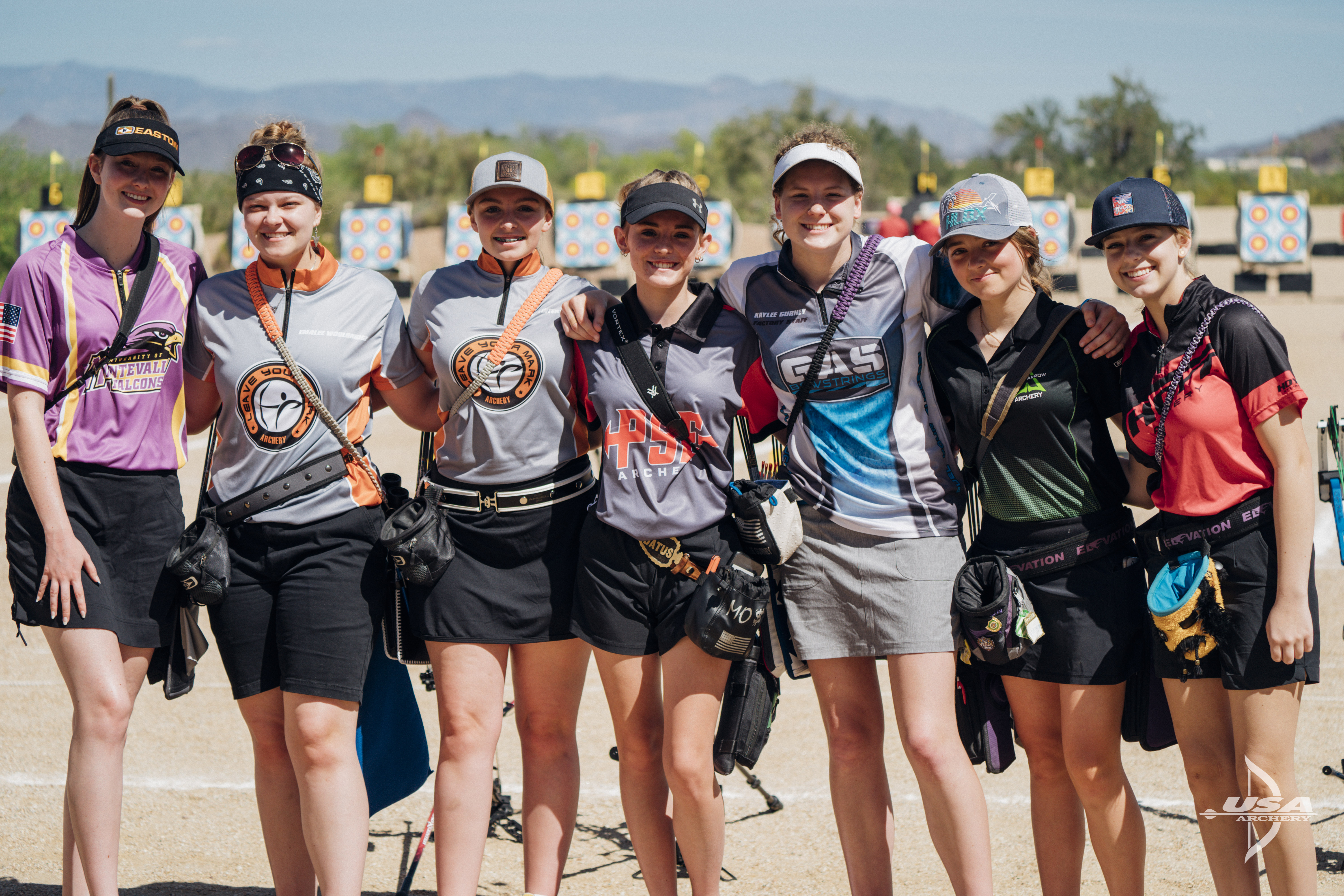 PHOENIX, Ariz. – The Arizona Cup made history today as the largest event in the United States Archery Team Qualifying Series with just under 700 archers on the field for the competition. Sunny skies set the stage for some serious filming. Several new faces topped the leaderboards in the youth qualifying rounds with some big, up-and-coming talent in contention.

The classic U18 divisions were the largest with nearly 70 archers each. Samantha Ensign topped the U18 women in her best USAT performance to date with a 652 that puts her well ahead of Cham Chung’s 643 and Akshara Vijay’s 625.

“I struggled a bit with the wind originally, just getting used to it; it’s very different here than back home,” commented Ensign of Lancaster JOAD. landed a lot of strong shots and I did really well.”

At the end of today, Ensign added, “I’m really excited and really happy; it wasn’t necessarily something I expected. I knew I was shooting well for myself, but I didn’t know where the other girls were. I can’t wait to see the matches. » Joshua Baek’s 667 stood out in the U18 classic men, nearly 20 points clear of second and third qualifiers Francisco Octavio Padilla and Chanyoung Mun.

After performing well in the USA Archery Indoor Nationals final just a few weeks ago, Eunice H. Choi and Venugopal Kunnavakkam qualified first for the U21 recurve divisions; Kunnavakkam, a collegiate archer from Texas A&M University, had a 21-point lead over Benjamin Hur with a 641 and Choi was nearly 30 points ahead of Michelle Ahn and Jordan Marie Meiners with a 620. 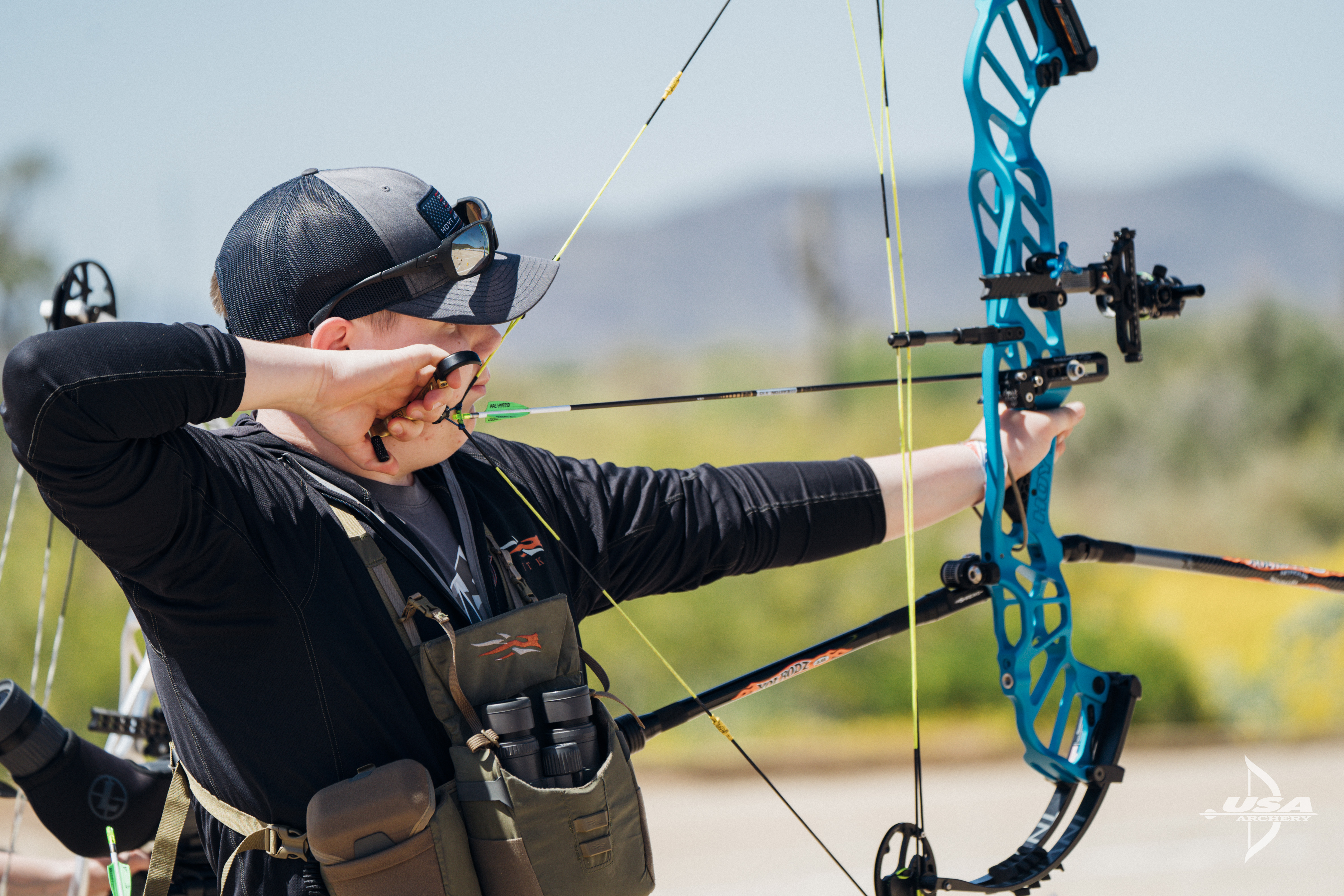 Bodie Turner had a stellar season posting a perfect score at the Lancaster Classic and winning the Vegas Shoot. The Arizona Cup marks only his second USAT event and his 703 easily dominated the U21 men’s compound qualifying round, edging out Isaac Sullivan and Andrew Hilden.

“I just came here to try to figure out a wind technique and I think I got it pretty well, at least a lot better than last year,” Turner shared. “It was a fun day, much better than sitting at home, and actually I would be in school right now. Tomorrow will also be great fun.

Bella Otter, Sydney Sullenberger and Makenzie Weatherspoon led the compound U21 women’s round with 681, 677 and 673 respectively. Scores were tight among the U18 compound men with Colton Lash, Tyler Thomas and Dewey Hathaway leading with 689, 686 and 684.

Liko Arreola had perfect scores last indoor season, but as the winds picked up this morning she lost the world record for U18 compound women. Nonetheless, an impressive 694 gives him the top seed heading into tomorrow’s matches. The youth barebow and fixed pin divisions are new to the USAT series and Jack Calo and Anastacia Godman topped the U21 barebow qualifier with 275 and 518 respectively. Erin Heyob’s 551 put him nearly 200 points ahead of the rest of the U18 barebow field and Bryce Henak was the top male qualifier with 471. Clay Dempsey and Matthew Ebner are the top fixed pin archers U21 and Dempsey’s 663 put him top of the standings. round.

Kristy Wapniarski, Tournament Chair and President of USA Archery Arizona, said, “We are thrilled to be starting the USAT Series again and seeing so many faces here. USA Archery Arizona is so proud of the legacy of this event and we have worked hard to do it justice this year. We are thrilled to welcome archers from 8 countries and 48 states to the Arizona Cup and wish everyone a great weekend of competition.

Competition continues tomorrow morning with the senior and 50+ qualifying rounds and the youth divisions will draw head-to-head playoffs in the afternoon. The senior gold medal finals will be broadcast live Sunday afternoon on USA Archery. Full competition results are available on Between Ends and official photos are on USA Archery’s SmugMug.